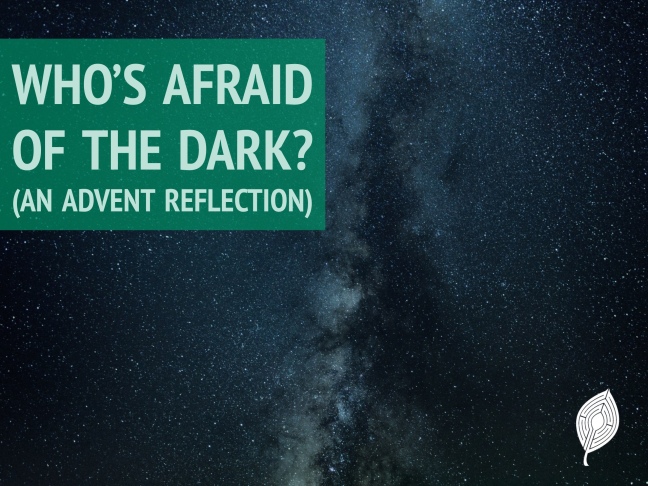 My favorite metaphor for understanding the different seasons of the Church year is that of light. It most logically belongs to the season of Epiphany, but I think it plays nicely with the themes for the rest of the year. If Christmas and Epiphany are the seasons when we proclaim: “The people living in darkness has seen a great light!” and “Arise! Shine! Your Light has come! The glory of the LORD has risen upon you!,” then Advent is the season when we sit, waiting and watching for that light to come. Advent therefore has a darker edge to it: waiting and watching for the light to come also means living in the darkness, wandering in the wilderness, and exile. And that’s what I’d like to reflect on today.

While we associate revelation and God’s presence with Light — it’s even in the Creed: “God from God, Light from Light” —  believers in all times and in all places have experienced periods of darkness, desolation, exile, and even abandonment. The paradigm for this season is the Exile of the kingdoms of Israel and Judah, a drama that forms the backdrop of much of the Old Testament. Few places are the realities of the Exile better expressed than in the opening lines of the book of Lamentations, which imagines the Exile from the perspective of an empty Jerusalem:

How lonely sits the city / That was full of people!
How like a widow is she, / Who was great among the nations!
The princess among the provinces/ Has become a slave!
She weeps bitterly in the night, /Her tears are on her cheeks;
Among all her lovers /She has none to comfort her.

Or again, we have the same experience from the perspective of the Exiles in Babylon:

By the rivers of Babylon,
There we sat down, yea, we wept / When we remembered Zion.
We hung our harps / Upon the willows in the midst of it.
For there those who carried us away captive asked of us a song,
And those who plundered us requested mirth, Saying, “Sing us one of the songs of Zion!”
How shall we sing the Lord’s song / In a foreign land?
If I forget you, O Jerusalem, / Let my right hand forget its skill!
If I do not remember you, / Let my tongue cling to the roof of my mouth—
If I do not exalt Jerusalem /Above my chief joy. (Ps 137:1.4)

What stands out to me in these readings is the sense of shock and cognitive dissonance. Here we have a people whose worldview was centered on the worship of their God at the Temple in Jerusalem, and now they sit on the banks of a foreign river hundreds of kilometers way, desperate for answers and lashing out in anger. These themes of grief, disorientation, shock, looking for answers and blame, and rethinking the story of our lives are common themes for people of faith in times of spiritual struggle. And sometimes we must simply grieve and cry out to God, not knowing what else to do or say.

If these seasons are to some extent universal for people of faith, how do we interpret them? As we see from the text of the Old Testament, the main way Judah interpreted its Exile was as punishment. But despite this canonical interpretation of these events, as we look back on the Exile through the lens of history, it takes on a different colouring. We might even wonder if God was actually seeking to do something within it: Not punishment necessarily, but perhaps a needed painful experience from which Israel learned valuable things about their God that they couldn’t have learned otherwise. As much as they wondered “How can we sing the LORD’s song in a foreign land,” ultimately the Exile taught them that they could. They discovered that their God didn’t just dwell in the Temple or on Mount Zion, but was present and faithful no matter where they went or what their circumstances. The trauma of the Exile taught them that their understanding of God and their relationship to God and to their land was too narrow. Moreover, the encounter with the religions of the Babylonians and Persians spurred them to new thoughts and ideas and transformed their faith dramatically. When the exile was over, and they returned to Jerusalem, they never returned to what had been. They had been profoundly changed, such that historians and religious scholars make a sharps distinction between the faith of Israel and Judah before the exile and ‘Judaism’, which emerged out of it.

And so we see that the Exile was more complicated than Israel understood or imagined at the time. And this has been a consistent experience of believers over the centuries since. We can experience great and horrible desolation and yet emerge the other end transformed. It doesn’t make it any easier, and it doesn’t even necessarily justify it. But it seems to be true.

I’ve had such an experience myself. Asked last year to reflect on it for a group discussion on grief and the Dark Night of the Soul, I wrote:

There was a memory that haunted me, returning regularly for years after. The memory was of a cold, damp winter’s night. A storm was coming in and the winds whipped the sea into a frenzy, sending icy waves breaking over the guardrails and onto the sidewalk twenty feet above the shore. I walked alone along the road, heartbroken, screaming blasphemies into the jet-black heavens above and roiling pitch of the sea below. ‘My God! My God! Why have you forsaken me! Where are you? Say something! Anything! Your wrath would be better than your silence!’ ‘Where are you?’

Of course the Night said nothing in return, so I walked on in the deafening silence of the darkness.

One day, about seven years after the event, the memory returned and I braced for the usual emotional onslaught it brought with it. But something had happened to the memory this time. It had changed. It was the same memory — the memory of despair and abandonment — and yet somehow God was present in it now; somehow God had filled my memory of abandonment with his presence. At first I was furious: How dare God inject himself into my memory? How dare God so casually act as though he were there in my moment of greatest suffering and need when God had refused to show up for me when I needed God most?

The more people I meet, both in and outside the Church, the more I see that this is a common experience: It is only in coming through desolation that one can see God within it. And it isn’t at all a cute story like the infamous “Footprints in the Sand” poem. It’s hard. The desolation is real. Since grief and sorrow are inescapable, we have no recourse but to experience them, deeply and fully. These are the seasons St John of the Cross famously described as the Dark Night of the Soul. St John was by all accounts an incredible man. He was among the cream of Spain’s intellectual crop but he despised his learning and instead dedicated his life to a needed reform of monasticism. But this made him many enemies and he was captured and tortured for months by Spain’s religious authorities. This was John’s ‘Dark Night.’ Reflecting on it, he wrote:

It wasn’t that John had found light in the midst of his darkness, but that the darkness itself had healed him and freed him in ways he didn’t know were possible or needed; just as Israel didn’t realize it needed to have its vision of God expanded by the Exile. Just as I didn’t realize I needed to have my own vision of God expanded by my own Dark Night.

It is one of the hallmarks of Christian faith is that our Lord is not one who is unable to sympathize with our weaknesses, but is rather a God who “chose to bear our griefs and sorrows,” as Isaiah tells us; who blesses us when we mourn, according to the Beatitudes; and who weeps with us when we hurt, as Jesus wept with Mary and Martha at Lazarus’ tomb. This is surely comforting to remember. And yet we also believe that the darkness of the cross of exile – whether our sin, our abandonment, our rejection, our weakness, our grief or our sorrow – is not the final Word. Hope, no matter how faint and distant it seems, is always around the corner. Even in the midst of the darkest valley, the Valley of Dry Bones where like the prophet we see nothing but loss and desolation and cry out “Our bones are dry! Our hope is lost! We ourselves are cut off!” — there is hope, even if that hope is simply the hope for more hope in the future. 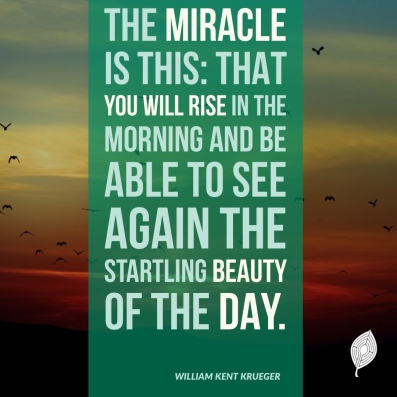 The Lord who comes into our darkness and gives new life to his dry, lost, and cut off people, saying “I the LORD have done this” is the same Lord who, bearing our griefs and sorrows, says from his cross, “It is done.” We surely grieve and mourn in this world, but we are not alone in the darkness. And, as William Kent Krueger says through the voice of a grieving father in his book Ordinary Grace, in the face of the longest and darkest nights, “The miracle is this: that you will rise in the morning and be able to see again the startling beauty of the day.”

These are dark times in our world, and we are overshadowed by the specter of even darker times to come. It’s times like this when Advent  becomes even more powerful, with its stubborn insistence that there is reason to hope. May we all rest this Advent, watching and waiting in the darkness, firm in our hope that the light will come soon.

18 thoughts on “Who’s Afraid of the Dark? (An Advent Reflection)”