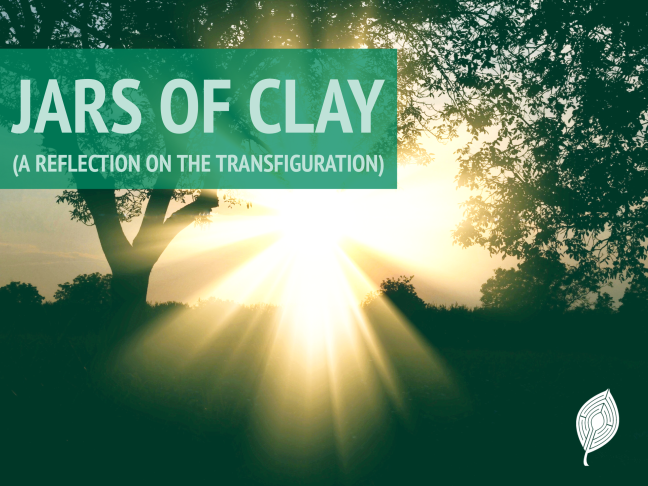 “Behold, now is the acceptable time! Now is the day of salvation, a divine, new and eternal day, not measured in hours, never lengthening or shortening, uninterrupted by night. For us it is the day of the Sun of righteousness, with whom is no variableness, neither shadow of turning!”

These words are from the introduction of a sermon given for this feast of the Transfiguration by the fourteenth-century Byzantine theologian and archbishop St. Gregory Palamas.* It says a lot about the importance this story has had on the theology and life of the Christian East — particularly in comparison to the Protestant traditions with which most of us are more familiar, where the story feels more like an odd incident in Jesus’ life that doesn’t connect much to us. (By comparison, the last sermon I heard about the Transfiguration started: “This is a strange story that doesn’t make much sense.” I’m sure it must have left St. Gregory doing whatever the saintly-eternal-life version of “head-desk” might be!)

For St. Gregory and the whole Eastern tradition, the Transfiguration of Jesus is nothing less than an icon of the full potential of humanity to bear the divine life, in the here-and-now of our physical and temporal lives. In the story, the blinders are taken off and Jesus is revealed as the Theophany that he is. The disciples are given to see that their teacher’s very flesh and bones are full to overflowing with the divine life, whose symbol here and throughout Scripture, is light. As St. Gregory put it, “They saw that transformation which our human clay had undergone … when it was deified through union with the Word of God.”

As impressive as this display must have been (the iconographic tradition shows the disciples falling over themselves, hiding their eyes from the brightness of the light), the tradition tells us it is so much more than just a light show. It is also a calling. St. Gregory says, “In the Gospels the Lord tells us that this glory is shared not only by Himself and the Father, but also by the holy angels. … Not only angels, but the saints among men are partakers in this glory and the kingdom. But whereas the Father and the Son with the divine Spirit have this glory and kingdom by nature, holy angels and men have them by grace. … The glory, kingdom, and radiance shared by God and His saints are one and the same.” (I’ve often cited this patristic teaching that we become by grace all that Christ is by nature, but here we see it live, in the flesh!)

The union between the divine and human that the incarnation revealed has also revealed all matter to have the potential to be a vehicle of the Spirit, if we can only see it: “The King of all is everywhere, and so is His kingdom, so the coming of His kingdom does not mean it arrives here from somewhere else, but that it is revealed through the power of the divine Spirit.”

Moreover, by living a holy life — a life of prayer, of service, of participation in the sacraments, and of the mystical pursuit of God — the body itself is sanctified and filled with the divine life. This means that when we say we can encounter God in a hug or helping hand from a friend, we don’t need to brush it off as a metaphor. It is actually the divine within them, the “power working in us that can do infinitely more than we can ask or imagine” — flesh as much as heart, soul and mind — that we encounter: it is simultaneously an encounter with human love and with God. And the same can be true when people encounter the divine working in us.

If this all sounds too complicated and technical, the technicality of it isn’t important. What’s important is that, when the disciples saw Jesus transfigured on the mountain, they truly saw God in the man Jesus. And, because Jesus’ body could contain the divine life within it, that means that, by grace, ours can too. We hold this treasure in jars of clay.

May we live always in this glorious uncreated Light of God.
May we meet God in one another.
May we see this treasure we hold in jars of clay for the Treasure it is.
Amen.

For once you were darkness, but now in the Lord you are light. Live as children of light— for the fruit of the light is found in all that is good and right and true (Eph 5.8f).

* Note: All quotes are taken from Christopher Veniamin’s translation of St. Gregory Palamas’ sermons on the Transfiguration, which have been most recently published in The Saving Work of Christ: Sermons by Saint Gregory Palamas by Mount Thabor Publishing.

5 thoughts on “Jars of Clay (A Reflection on the Transfiguration)”