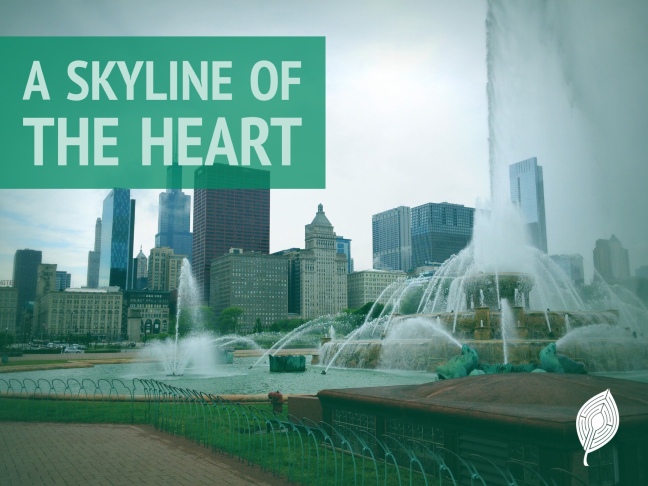 (I’m going to start this post with a warning: This will be a bit more personal than what I have normally been posting here. But, I think something that I stumbled across in the course of the long and convoluted journey I describe below may be interesting or helpful, and I think there really isn’t much point in having experiences if we don’t use them to help others if we can. So, here I go.)

I’m not one of those people who has been ‘lucky in love.’ I honestly don’t believe it’s due to any lack on my part, but it is what it is. At the end of the day, romantic love is a kind of two-way grace, and it’s just not a grace I have had reciprocated over the past eight years. I have, however, been in love four times. And one day a couple of years ago, when I was feeling particularly sad about this whole state of affairs, the legacy of those four loves was weighing heavily on my heart. The image that came to mind was that my heart had become like a neighbourhood littered with empty and decaying houses, beautiful half-built homes my heart had been building with its very best materials for these men I had loved. (Yes, the image is overwrought, but since when is the human heart not overwrought?) The image stuck with me because it highlighted the conflict I felt about how to proceed: The empty half-built houses felt like ugly and embarrassing blights, but at the same time, they were too beautiful, too well-constructed just to tear down. And so, they just sat there.

Flash forward until last year. I was in Chicago, alone, for my birthday, on a very grey, windy, wet and miserable May day. It was my last full day in the city and I I decided to head down to Buckingham Fountain, as I hadn’t been to the Loop at all this visit. As I stood before the fountain, in that moment — no matter the weather, and no matter how many times I’d been there before — the immensity, the beauty, and the intentionality of the skyline splayed out before me just blew my mind. And there I was, standing in the rain, gaping at the stunning towers all around me, with tears streaming down my face. I heard myself think like a whisper, I want a life as grand and beautiful as this skyline.

The next week, these two images came crashing together in a really interesting way. I realized that those empty homes in my heart were actually a part of that skyline of my life. I didn’t need to tear them down or leave them to rot, but I could instead build them up into something new, beautiful lasting legacies of the loves I had known. These few buildings were soon joined by others representing all of my hopes and dreams, successes and follies. And before I knew it, the true beauty and fullness of the life I’ve lived so far came into focus. The skyline of my heart was grand after all. For I have loved much, hoped much, believed much, and, in short, lived much. This was such a helpful development that this new image completely displaced the earlier metaphor of the empty neighborhood, robbing it of its emotional and psychological power.

The final (so far) piece of this journey fell into place a couple weeks ago. As helpful as the skyline analogy had been at easing the sense of desolation in my heart, it was still better at contextualizing and reframing the past than it was at addressing things in the present. And, one of those four unrequited loves has still been a very active issue. I won’t go into any details — for everyone’s sake — but for the past three years now, I’ve been frustrated by an impossible love, one made all the more frustrating and difficult to move past because it has been punctuated by a mind-bending series of what I can only call ‘signs and wonders’, the kinds of unexplainable experiences I’d roll my eyes at in film or books. Let it suffice to say that it’s been a difficult situation to navigate for the past three years. But the other week, as I was walking to work, feeling annoyed once again at this mess of a situation, the image of that skyline came back to mind. And in that moment something shifted. One of the strengths of the original neighborhood metaphor, sad as it was, was that it recognized love as something active, something that I had created. But, because of all the consistent weirdness surrounding this situation, and because I’ve felt so powerless in the face of it, my attitude had become very passive, as though it was something that’s been happening to me — and to be fair, that is certainly how it’s felt. But, for whatever reason, this time, I came to see the flip side at long last. And I was stunned: Look at what my heart can do! It can see through walls! It can see for blocks! It can love someone without any hope of being loved back! In my mind’s eye, the abandoned home my heart had made for him grew and grew and grew into a mighty skyscraper, jet black and adorned with gold. It became a university, dedicated to the unfathomable powers of the heart, to the good, the true, and the beautiful. And suddenly I was overwhelmed with gratitude and wonder for this experience that for years had simply been a source of confusion and pain. And I thought about inhabiting that space in my heart and turning it outward, attempting in my own way to incorporate the things I find so beautiful about him and his heart into my own way of being in the world. And, in that moment, I felt freer than I had in a long time.

It may not seem like that big of a deal, but honestly, I haven’t felt so much peace and equanimity surrounding this situation in years. And so far it seems to be holding. Thanks be to God for that.

So why am I sharing all this? Maybe this image of the skyline of the heart will prove helpful for someone who stumbles across this post. But, I think, more than that, it’s an interesting case study in staying with these images and metaphors that our psyches turn up from time to time. It took a couple of years, but an image that was originally morose and depressing has turned into something really beautiful. We just never know when an idea will bear fruit if we just give it time.

As for me, who knows whether my luck will turn and I will be graced with the kind of relationship I feel called to cultivate and live out with someone special. But whether it does, or whether it doesn’t, I’m so full of gratitude for this big and beautiful skyline in my heart, for all the experiences I’ve had that have brought me to where I am.

So, here’s to the willingness to love and be loved! Here’s to wholehearted living, because that’s the only way to live that’s worth living. Here’s to vulnerability! Here’s to hurt! Here’s to heartbreak! Here’s to joy! Here’s to sorrow!

Look at what our hearts can do!

3 thoughts on “A Skyline of the Heart”