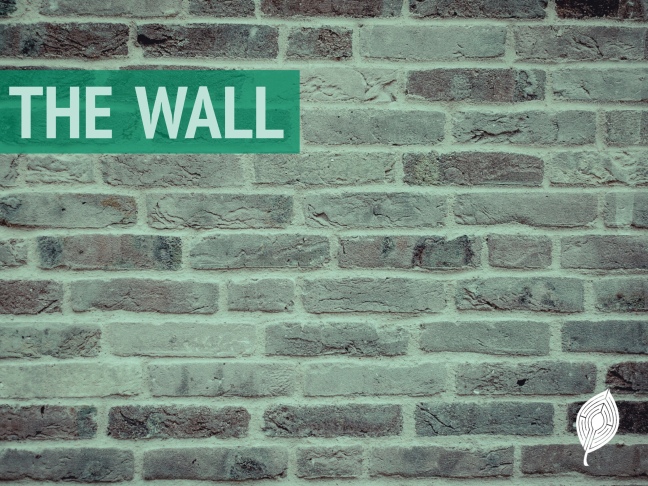 There’s a well-known phenomenon among marathon runners known as ‘the wall’. It’s the point where the body runs out of carbohydrates to burn and makes it abundantly clear that the runner needs to stop running, by means of a wave of intense fatigue that makes it feel almost impossible to keep on going.

I think our hearts have an analogous phenomenon, a compassion or empathy wall that makes the needs of the world seem too huge to bear. This is especially a problem for people in helping professions — social workers, counsellors and therapists, pastors and priests, and others whose vocation and job it is to help others. But it’s also a problem for all people of good conscience, whether that’s a political commitment to human rights and dignity or a faith commitment to pursuing mercy, compassion, love, and justice for all God’s creation (or both). I know as a Christian, it’s pretty daunting to try to live in a way that does justice to all 7 billion of my neighbours. (Not to mention the deep desire to respect all creation.)

Earlier this week I found myself hitting a compassion wall. From friends and family going through difficult times, to the increasingly crazy local, provincial, national, and international news, to the increasingly dire ecological crisis (and North American democracies’ unwillingness to do anything about it) — it all just got a bit much for me. I felt paralyzed by the need — the legitimate need — all around me. I felt like I was going to drown in the injustices of economics, education, race, gender, sexuality, history, politics, and ecology.

Thankfully it didn’t last for long, but as I’ve been reflecting on the experience, I’ve found a bit of advice that’s helpful for preventing this kind of compassion or empathy fatigue.

Some might argue that all of these suggestions are selfish. And in a way they are. But they are selfish in the best possible way. Like the airplane safety demonstration says, you have to put on your own mask before you can help anyone else.

And here’s where the running analogy comes back into play. Life is the ultimate marathon, and a life of empathy can often feel like an ultramarathon. It’s important to set ourselves up for success as much as possible, to do the little things we know we need to do to ensure we can “run with perseverance the race set out before us” (Hebrews 13.1).

One thought on “The Wall”